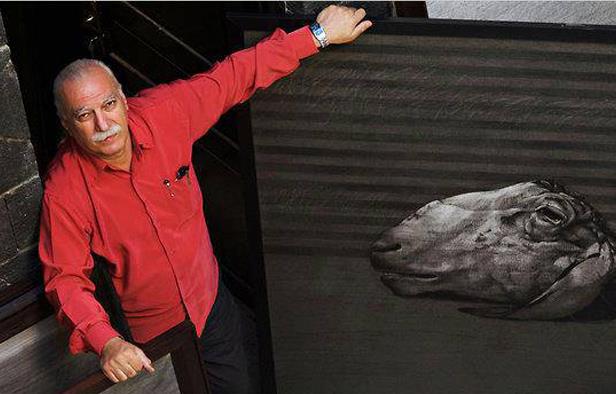 Youssef Abdelke is an internationally acclaimed Syrian artist. He is of revolutionary stock – his father was imprisoned many times during the ‘60s and ‘70s. Abdelke himself, a member of the Communist Labor Party, spent the best part of 1978 to 1980 incarcerated. Following this he spent years in self-imposed exile in Paris, until his nostos in 2005. On his return, he remained candid about his disenchantment with the Syrian condition: “There’s a false image of openness now. The authorities are still controlling everything, and you can’t even hire a cleaning woman without the security services’ permission.”