Jean-Michel Basquiat, Keith Haring, Martin Wong and other artists at the Whitney Museum


At the time Jean-Michel Basquiat died (my post about the documentary and exhibition for the 50th anniversary of his birth), I was drawing my observing eye a.k.a da-eYe in the streets of Paris. And when I visited ‘Les Hiéroglyphes de Keith Haring’ in Paris, da-eYe had to pay tribute to his mentor (my post + pic here).

If you’ve been reading this blog for so time now, then you already know how the 1980s influenced my life. I explain why in Grandmaster Flash, Seen, Jordans… Remembering the good old days!. If you enjoy this time, Fast Forward: Painting from the 1980s at the Whitney Museum in New York presents a focused look at painting from this decade with works drawn entirely from the Museum’s collection.

In the 1980s, painting recaptured the imagination of the contemporary art world against a backdrop of expansive change. An unprecedented number of galleries appeared on the scene, particularly in downtown New York. Groundbreaking exhibitions—that blurred distinctions between high and low art—were presented at alternative and artist-run spaces. New mediums, including video and installation art, were on the rise. Yet despite the growing popularity of photography and video, many artists actively embraced painting, freely exploring its bold physicality and unique capacity for expression and innovation.

The exhibition includes work by Jean-Michel Basquiat, Keith Haring, Sherrie Levine, David Salle, Julian Schnabel, Martin Wong, Kenny Scharf… Great artists and also a great way to explain why what they did, their work and their commitments, had such an impact on so many people around the world:

These artists explored the traditions of figuration and history painting, and offered new interpretations of abstraction. Many addressed fundamental questions about artmaking in their work, while others took on political issues including AIDS, feminism, gentrification, and war. In the face of a media-saturated environment, artists in the 1980s recommitted to painting. Far from dead, painting came to represent an important intersection between new ways of seeing and a seemingly traditional way of making art.

The exhibition continues until tomorrow, May 14. 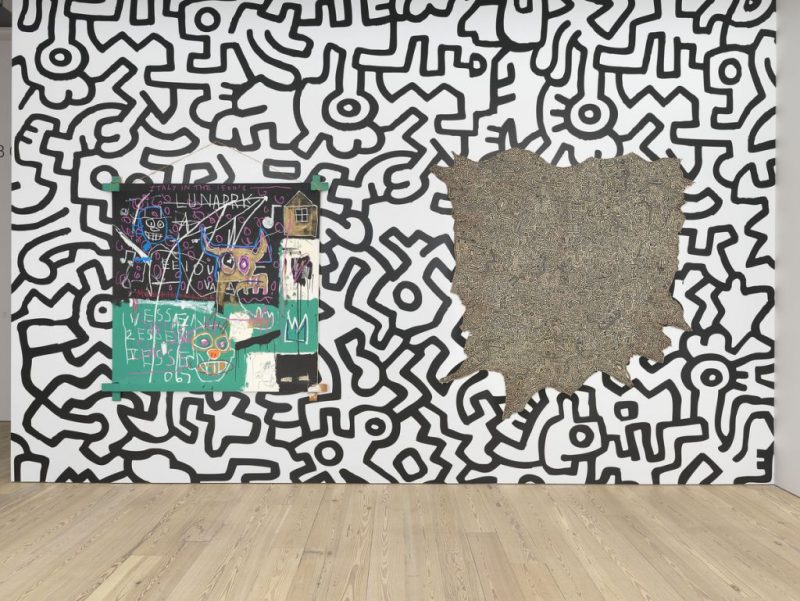 When headsets can guess your password…
Fermi Paradox: Why we haven’t found Aliens yet? They might be aestivating

Dior celebrates its 70th anniversary in Paris at Les Arts Décoratifs
NYC-based Cash RFC: Street Art on Truck
Claude Iverné’s photographs at the Fondation Henri Cartier-Bresson
Djerbahood: Street Art in the heart of Erriadh on the Island on Djerba, Tunisia
Pete Fowler ‘The Needle and The Damage Done’
Seen and Banksy collaboration
A gallery of Shigeru Ban architecture
Restoring Jackson Pollock’s ‘Mural’
Jon Burgerman’s mural in Bangkok being coloured in by visitors to the gallery
Graffiti Rock 30th Anniversary on Kickstarter