MD Blog > Kantaka and the Meroe Pyramids in Sudan
In: World Tags: Sudan
By Max DanaShare:

Kantaka and the Meroe Pyramids in Sudan


Today, Sudan may be known for the genocide in Darfur by its infamous dictator President Omar al-Bashir, the deadly conflict in the Nuba Mountains and Blue Nile… If you read this blog and know my commitments through The MagkaSama Project, you already know the horrific situation many Sudanese are living.  But what you may not know, is that Sudan is a beautiful country, with a great history.

A while back I shared with you an article posted on Sudanese independent online magazine 500 Words by Dalia Abdelrahman: Kandaka: Resurrecting the Sudanese Queens. The author introduces us to the Kingdom of Kush, an ancient Nubian state centred on the confluences of the Blue Nile, White Nile and River Atbara in what is now the Republic of Sudan:

The Kingdom was a prosperous land ruled from the capital, Meroe. They farmed, traded with Greeks and built the Pyramids that are now a UNICEF world heritage site. Additionally, the Kushites revered women. In fact women often ruled on their own and Kushite Queens were called Kandakes. The Kandades were warriors who led their nation to war.

Today I saw pic of Meroe Pyramids on Twitter, and it perfectly illustrates this article by Dalia Abdelrahman! 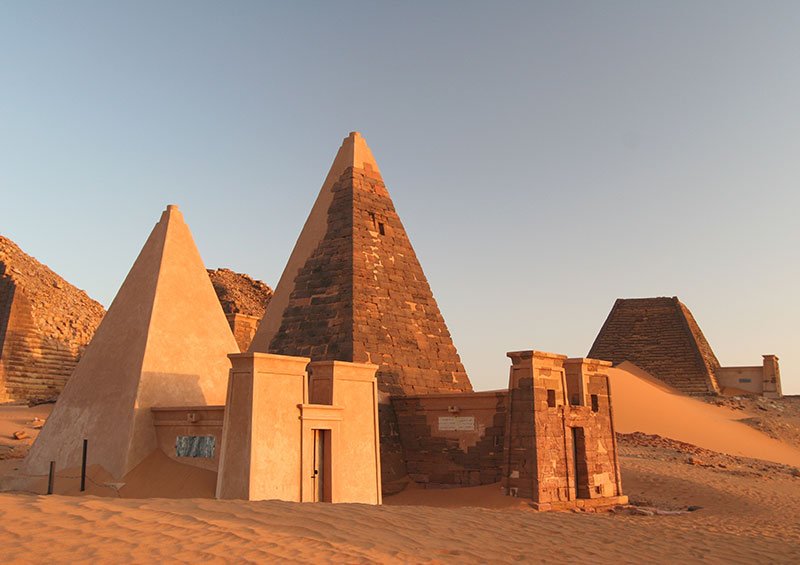