Bootstrap and the geometry underlying all quantum theories


Last month I read a very interesting article on Quanta Magazine (an editorially independent online publication launched by the Simons Foundation to enhance public understanding of science -a must read) about Physicist Geoffrey Chew.

At 92, he’s now retired and was a professor at the University of California, Berkeley. Here is what the article says about the bootstrap philosophy:

Chew’s approach, known as the bootstrap philosophy, the bootstrap method, or simply “the bootstrap,” came without an operating manual. The point was to apply whatever general principles and consistency conditions were at hand to infer what the properties of particles (and therefore all of nature) simply had to be. An early triumph in which Chew’s students used the bootstrap to predict the mass of the rho meson — a particle made of pions that are held together by exchanging rho mesons — won many converts. But the rho meson turned out to be something of a special case, and the bootstrap method soon lost momentum. A competing theory cast particles such as protons and neutrons as composites of fundamental particles called quarks. This theory of quark interactions, called quantum chromodynamics, better matched experimental data and soon became one of the three pillars of the reigning Standard Model of particle physics.

That was it for the bootstrap philosophy even though other scientists kept using it, like bootstrappers Tom Hartman of Cornell University and Jared Kaplan of Johns Hopkins University.

[They] have made quick progress in understanding how black holes work in these fish-eye universes, and in particular, how information gets preserved during black hole evaporation. This could significantly impact the understanding of the quantum nature of gravity and space-time in our own universe.

It may sound a little bit complicated to understand, because it is, obviously, unless you’re a physicist. I don’t understand it all either but this new -old- approach may change a lot of things. Like the author of the post, Natalie Wolchover, writes: ‘The hope is that, by bootstrapping their way around the unifying geometric structure of possible physical realities, physicists will get a better sense of where our universe fits in the grand scheme of things — and what that grand scheme is‘. 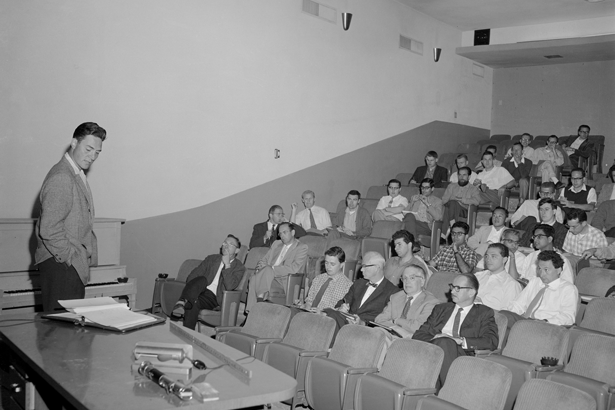