I guess everyone knows SETI@home, the UC Berkeley-based scientific experiment that uses Internet-connected computers in the Search for Extraterrestrial Intelligence. But do you know NASA-funded Backyard Worlds: Planet 9, a citizen science project by Zooniverse? Here is their goal:

Is there a large planet at the fringes of our solar system awaiting discovery, a world astronomers call Planet Nine? We’re looking for this planet and for new brown dwarfs in the backyard of the solar system using data from NASA’s Wide-field Infrared Survey Explorer (WISE) mission. But we need your help! Finding these dim objects requires combing through the images by eye to distinguish moving celestial bodies from ghosts and other artifacts. There are too many images for us to search through by ourselves. So come join the search, and you might find a rogue world that’s nearer to the Sun than Proxima Centauri—or even the elusive Planet Nine.

The good news is many people joined the project and some lucky ones got some interesting results:

One night three months ago, Rosa Castro finished her dinner, opened her laptop, and uncovered a novel object that was neither planet nor star. Therapist by day and amateur astronomer by night, Castro joined the NASA-funded Backyard Worlds: Planet 9 citizen science project when it began in February — not knowing she would become one of four volunteers to help identify the project’s first brown dwarf, formally known as WISEA J110125.95+540052.8. 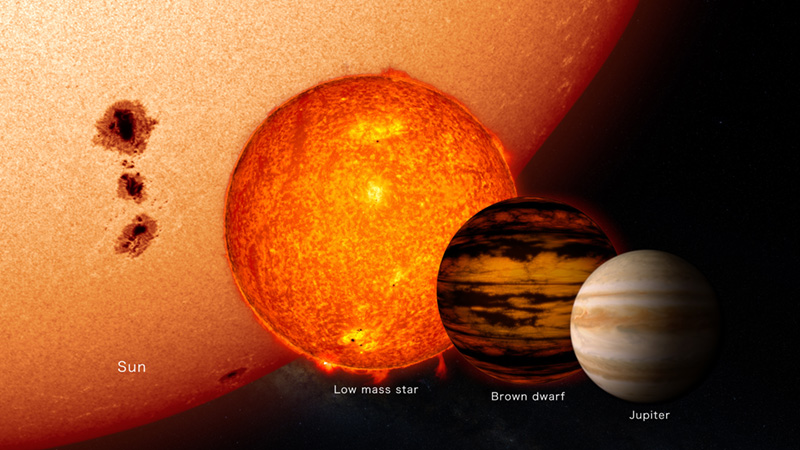 Scarface: The (bad?) idea of a ‘third’ impact

The Higgs boson particle blew up the universe but what did the inflating?
Fermi Paradox: Why we haven’t found Aliens yet? They might be aestivating
Bootstrap and the geometry underlying all quantum theories
Particle Fever – Unravel the mysteries of the Large Hadron Collider
Gravity field, String Theory, Neutrinos, Black holes, Space exploration…
Schrödinger’s Cat Executive Decision Maker
Fukushima: Cosmic rays and radioactive bluefin tuna
The most awesome animation about Quantum Computers you will ever see
Multiverse, Quantum teleportation and Dark energy
Scientists find asymmetry in topological insulators